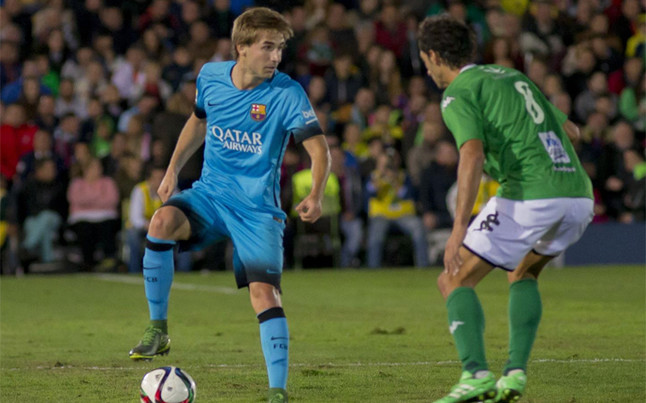 Luis Enrique had chosen  more than half a dozen deputies  in the Bayer Leverkusen-Barcelona. A duel with nothing at stake for the Catalans … except the huge bounty that UEFA pays for each victory in the Champions: 1.5 million euros.

The Barcelona coach booked to most of its heavyweights for no load of minutes, after a tight start to the season-the two Super Cups were played in early August- and a week away from the World Club , which takes place in the distant Japan.

With the pass to the knockout stage of the Champions mathematically assured as leader of his group , Luis Enrique rested several of the players that has used throughout the campaign. This is the case of Luis Suarez , with 21 games played and nearly 2,000 minutes in his legs, Sergio Busquets (1,800 minutes), Mascherano and Alves (1,500 each) and Pique and Iniesta , who stayed in Barcelona .

Neymar, who was injured in training yesterday, did not play, so the ‘trident’ offensive at this time integrararon Messi, Munir and Sandro .

The main innovation of the eleventh was the Kaptoum squad , who at age 19 was released in the continental showpiece. Cameroonian midfielder fine debut in official party with the first team just over a month ago in the match against Villanovense in the first leg of the Copa del Rey. You can follow the Bayer Leverkusen – FC Barcelona live SPORT.es