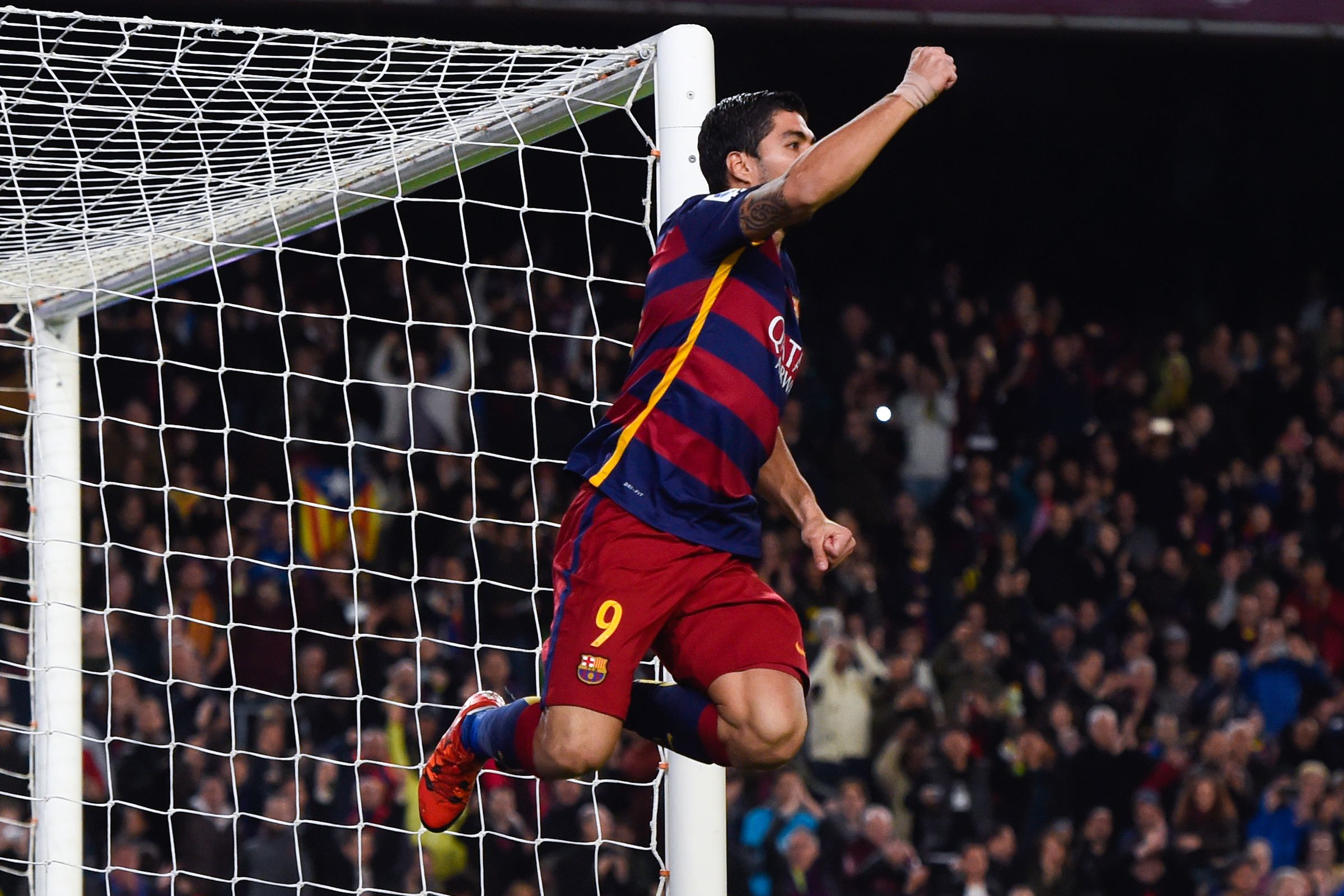 FC Barcelona will be hoping to kick-start 2016 with a victory tomorrow evening when they travel across the city to take on fierce rivals RCD Espanyol at the Estadi Cornella-El Prat. With an emphatic 4-0 win over Real Betis on Wednesday, the Blaugrana ended 2015 on top of La Liga and more importantly in good form with a strong performance. The front three of Lionel Messi, Luis Suarez and Neymar were on fine form once again, and it’s hard to back against them carrying that form into 2016.

In fact, the scary thought is that Barça could yet improve further, particularly with the introduction and integration of Arda Turan and Aleix Vidal, both of whom are likely to be available from Monday onwards due to the quirks of the LFP and their working hours. Technically, one might have thought that Arda and Vidal would be available tomorrow, but the LFP registration window doesn’t open until Monday courtesy of the public holiday and weekend.

That’s unconfirmed, but highly likely at the time of publish anyway – never count out FC Barcelona for potentially finding a loophole.

Whatever the case, Luis Enrique will be quietly confident headed into this Catalan derby; his side have been excellent in recent weeks, bouncing back well from three consecutive draws that prompted something of a mini-meltdown amongst some Culés on this site at least. Guangzhou Evergrande, River Plate and Real Betis have all been comfortably dispatched – Barça’s record in those three matches makes for impressive reading: 10 goals scored, not a single one conceded.

Espanyol on the other hand have been a little less impressive. They’ve recently hired a new manager, Constantin Galca, who most recently led Romanian giants, Steaua Bucharest to a league and cup double in his only season at the helm. Los Periquitossurged out of the gates to win their first two matches under their new coach, but faltered in midweek against Sevilla, slumping to a 2-0 defeat at the Ramon Sánchez Pizjuan.

On the plus side, Espanyol can boast a decent home record and will take solace in the fact that Barcelona have been notoriously slow starters away from home thus far this season. Culés on the other hand will place emphasis on the “have” part of that sentence; certainly we didn’t look too slow out of the gates in one of our most recent away matches, that classic 0-4 victory at the Santiago Bernabeu.

The stakes are similar; Luis Enrique will probably field a similar team as well – will a similar fate therefore await Espanyol tomorrow?

I’ve got to give a disclaimer upfront for this one: I’m assuming that the rules will continue to apply and that Arda Turan and Aleix Vidal are therefore unable to play in this one. As such, I’m not including them in my thought-process for the team news; instead I look forward to mentioning them in midweek for our Copa del Rey match against the same opposition. With that out of the way I can also mention that there are no new injury or suspension concerns.

Somehow, Lionel Messi avoided any real serious damage when he was hip-checked in the shoulder / temple by Antonio Adan (pesky Madridistas), so there really is nothing new to report. Well, someone in the squad might have been hungover this morning what with New Year’s Eve falling last night, but they’ll have recovered in time for this one.

Taking all this into consideration, that means that Luis Enrique has freedom to select pretty much whoever he wants tomorrow. And with it being “Derby Day”, I expect to see something resembling the Gala XI start proceedings tomorrow.

Claudio Bravo will start in goal, aiming to keep his fourth consecutive clean sheet in all competitions, and I suspect he will be assisted by a backline of Dani Alves, Gerard Piqué,Javier Mascherano and Jordi Alba. Both Piqué and Alba sat out the win over Betis in its entirety, which means they’ll be fresh and ready to go. Mascherano on the other hand shifted around a few different positions with each of Enrique’s substitutions, so if there’s a doubt over any of my selections, it’s Mascherano.

Ahead of them, Sergio Busquets was rested once the three points were secured on Wednesday, which means we should expect to see him starting again tomorrow. Andrés Iniesta will return to captain the side, after Enrique allowed Messi a chance to lead the team out in his 500th appearance for the club, and I expect that Iniesta will be joined by his latest partner-in-crime, Sergi Roberto. No real logic to that one, just that Roberto seems to be in better form and got a few minutes rest at the end of the game ahead of Rakitić.

Obviously, the front three pick themselves. Neymar was the only one of the triumvirate not to get his name on the scoresheet on Wednesday, but he did dazzle in his own right with a flurry of highlight moments. Heck, on another night he would have scored anyway, either by converting that penalty, or by facing a keeper in less inspired form than Antonio Adan. With Messi getting a goal, can we officially say that he’s back to his best yet? Only asking because it sure would be fun to have him back grabbing a goal or three every game.

The good news for Constantin Galca is that he can welcome back midfielder Papakouli Diop from suspension, after the Senegal international sat out the loss to Sevilla. The bad news is that his midfield colleagues, Victor Sánchez and Jose Canas are both still out with injuries. In approaching his first Catalan derby, Galca has been relatively upbeat about his team’s chances; he wants to attack with tempo, capitalising on any instances in which the Blaugrana over-commit in attack to quickly turn their mistakes into chances and goals at the other end.

However, he has also been pragmatic with the press, not conceding any clues as to whether he may opt to field his three star players together – Marco Asensio has been a revelation since signing on loan from Real Madrid, and he combines well with Felipe Caicedo and Gerard Moreno. Will we see all three reunited tomorrow afternoon?

A total of 10 yellow cards were flourished in this ill-tempered Catalan derby, including two apiece to Hector Moreno and Jordi Alba as both clubs finished the match with ten men. Despite losing Jordi Alba early in the second half, Barça were firmly in control throughout courtesy of two early goals from Lionel Messi and Neymar.

Derby matches are never easy, so I’m going for a 2-0 like last time out.